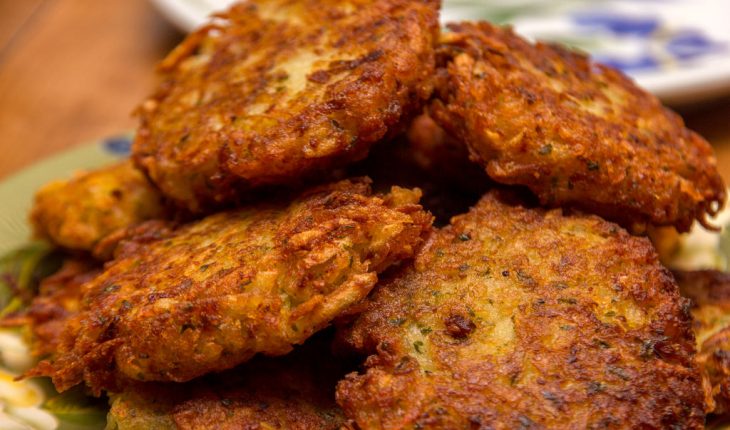 Latke is a culinary term use to refer to flat pancakes that are made from egg and grated potato. To enhance the flavor of this appetizer, culinary experts usually include grated onion in the key ingredients. This starter is associated with various cuisine including Ukranian, German, Czech, Hungarian and Yiddish. The entrée is popular at the Jewish Hannukah festival. If you are interested in making the pancakes, it is best to look at the different homemade and traditional latkes recipes that use cheap and healthy ingredients.

Season the potatoes and carrots with salt. Mix the vegetables, eggs, pepper and salt in a bowl. Add in the parsley, flour, feta cheese and matzo meal. Pour vegetable oil in a skillet. Form several pancakes from the mixture. Fry the mixture in the skillet. Remove excess oil from the pancakes with the use of paper towels. Serve immediately.

The ingredients needed for this appetizer are three cups of cubed potatoes, three Yukon Gold potatoes, a shredded onion and two eggs. In addition to these, the starter contains three tablespoons matzo meal, a teaspoon of kosher salt as well as six tablespoons of vegetable oil.

Fill a large pot with salted water. Boil the potatoes for 15 minutes. Set aside for 10 minutes. Peel the potatoes and mash. Combine the Yukon Gold potatoes, onion and mashed potatoes in a large bowl. Add in salt, matzo meal as well as eggs. Mix well. Form small pancakes from the mixture. Make sure that the dough will not stick to your hand. When this happens, you should add matzo meal to the dough.

Heat butter or oil in a large pan over medium fire. Fry the pancakes. Use spatula to flatten the mixture while cooking. The pancakes are done if both sides become golden brown. Serve and enjoy.

To enhance the taste of latkes, you can spread butter on top of each pancake. You can also serve it with honey or syrup of your choice. Aside from butter and honey, you can serve the starters with strawberry jam. 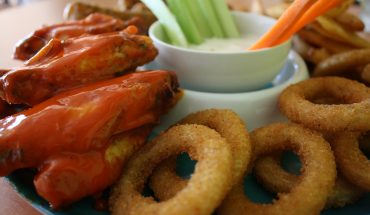 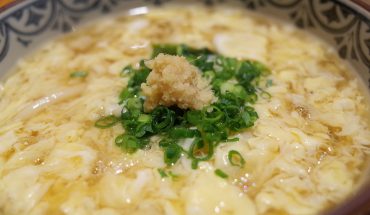 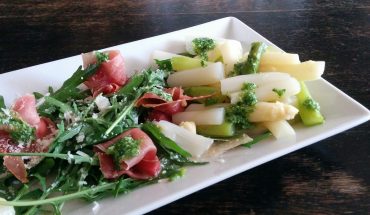